In my opinion, Death Stranding is the best video game ever made. Although it doesn’t seem to be this case at first, the numerous story and gameplay strands don’t tie together satisfactorily until the conclusion. The game begins slowly and, well, sorta oddly. A plethora of sequences and dialogue concerning terminology and enigma fill the opening several hours of the game, including time fall, BTs, and the Shore.

If you trip and fall, you have to wear a strange baby device that makes a baby sound. Users could have Sam, the central protagonist, visit the toilet and wash — along with a wonderfully extended sequence of him exhibiting, with just as much Norman Reedus butt as you feel like staring upon. Quite a strange game, to say the least.

Developed by Hideo Kojima’s own studio, Death Stranding is the studio’s debut project. To the delight of many of his ardent admirers — among whom I include myself — the Kojima who emerged from his last studio with a clean slate has delivered on our expectations in spades. Achieved it! It’s all right. You begin the game by just walking. You’re walking across one of the most beautifully rendered video game environments ever. There are few towns and few trees in this form of metaphorical America, which looks more like Greenland and the aridest and most devastated portions of the American Southwest.

The Story is Gorgeous 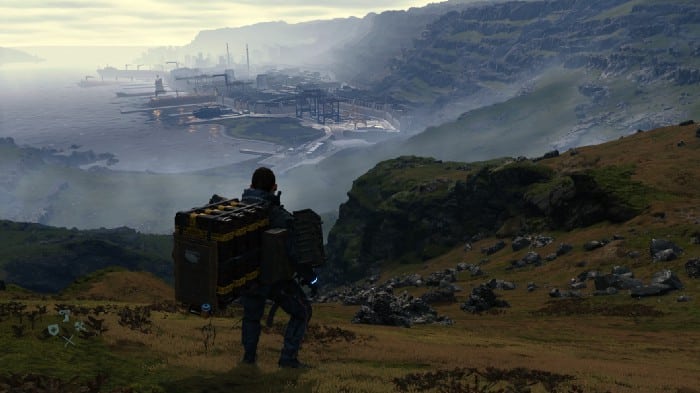 Porters are responsible for delivering items and establishing contacts. Joining the lines is your ultimate goal in this journey, which will take you from eastern to western America. But this isn’t the United States; this is America, the land and not the political system that existed before the United States of America. We are living in a post-catastrophe American society.

That’s so complicated that it’s impossible to condense it into a few sentences. The essential thing to remember about the plot is that it will all make logical in the end. Take it all in, it will all come together eventually. When it comes to storytelling in Death Stranding, there were no loose ends or missing pieces; the storyline is a gorgeous lyrical weave of threads that seem to be unconnected at first, but that eventually join together to make one cohesive whole. To see everything, you’ll have to make it to the very finish. The Gameplay Is Flawless

Clever architecture is evident in every aspect of this game, from the gameplay to the visuals to the audio. Sam, as a gaming element, has an almost easy synergy with the world through his equipment and motion patterns. The outset is the most challenging phase, however, Sam and the protagonist quickly form a deep bond and consume miles through slopes and into ravines. Hoists and climbing ropes are some of the items provided to assist you in navigating the numerous hills and summits essential to transport your load. It may seem straightforward, if not dull, yet this is far from the case. Choosing where to travel and what equipment to carry is often a source of anxiety before birth, particularly in the first stages. You’ll be more prone to trip and tumble and less agile if you’re attacked by the bad guys if you’re carrying too much baggage. Do you travel light and quickly in an alpine manner, or do you overpack and hazard a severe fall that might spoil your whole journey?

Have You Read: Hitman to Touch a New Visual Benchmark With Ray Tracing

Reaching the summit of what might be the game’s tallest peak, I experienced one of the game’s most defining moments. As my energy ran out, I was on the verge of collapsing due to hypothermia and an air deprivation in my lungs. Before I could reach the peak, I had to overcome a succession of rocks, so I planned my path over a razor-sharp snowy slope. It was obviously dangerous, however, when a blinding blizzard struck me on the crest, I became frantic. I could only see a few feet in front of me. When I couldn’t keep track of the ridgeline, I had to depend on my memories of how to go around the cliffs behind it. A few seconds after dragging myself into the top bunker, I realized that I was on the verge of losing my life. My poor Sam was hunched down at the hips and seemed to be ready to collapse over before I let him crash to the floor and recover his vigor. It was such a relief to establish that link and transport all of that hefty equipment to the high camp. Totally worth it. My understanding of the game improved following that near-death experience.

Our reality is akin to Death Stranding’s universe in an idealistic way. We are alienated, fearful, and neurotic, and we are more terrified than we are willing to accept one other. The cooperative portion of the game makes it clear that the title is about something more than simply trekking and delivering parcels. Despite the fact that there is only one Sam in your gameplay, and that Sam is you, you will see and profit from other users’ items. If some other player has left a rope over a raging river, it might surface in your session, sparing you the trouble of building one yourself. 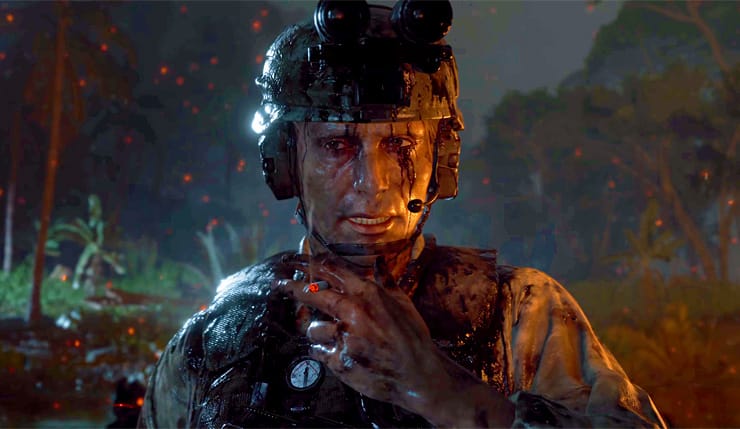 When people like your products, you know you’re doing a good deed. In Death Stranding, linking the globe is a collective endeavor instead of a solo one. There is nothing you can do to harm another player, and you can only offer them additional resources to help them thrive. It’s nice to hear that someone appreciates the work you put on a highway or a refuge enough to give you a thumbs-up. If we desire, we could all be like Sam. For those who are unable to purchase for themselves for a variety of causes, we have the ability to transport food to them. As long as you don’t mind being like Sam and saying screw the cops and bringing grandmother’s medications across the county in a sly manner. It’s a possibility, of course, if you’re wise and cautious about it.

You must be tolerant of Kojima’s post-modernist approach to theatrical pace and language in the early sections. In return, you will receive one of the greatest instances of contemporary game-making ever, and one which is both compelling, gorgeous, and important. It’s a pleasure to play. When it comes to building real-world relationships, there are some terrifying moments, but that’s just part of the process. There are, however, hazards that may be mitigated and obstacles that can be overcome, both on and off the field.

So, Death Stranding Earns a Score of

After a lot of thinking, we’ve come up with a revised ranking scheme for the titles we revisit: Do we keep awake 1 AM during a workweek to invest two hours with it, realizing well that we have to get up at 8 AM the following day to get back into the rat race? So on that measure, Death Stranding gets a score of 9.

"The Only Limits Are The Ones We Impose Upon Ourselves."

Death Stranding May Be Heading to Xbox PC Game Pass