Outlast 2 Review: A Never Ending Loop of Jump Scares, Terrors, and Getting Impaled Outlast 2 has everything you need for a satisfying meal of survival horror, including more murder, decapitations, and terror. Isolated from the rest of the world by an impenetrable barrier, players must rely only on quickness, discretion, and quick thinking to survive. Although some gamers may be turned off by these features, they render Outlast 2 an excellent choice for horror aficionados.

Investigation reporter Blake Langermann and his spouse Lynn are engaged in a chopper accident in Arizona’s Supai area where a pregnant lady was tragically killed. Blake is knocked senseless by the crash and wakes up to discover the helicopter’s captain dead and Linn missing, requiring him to embark on a terrifying expedition into the adjacent Temple Gate to retrieve her and live to tell the tale.

Although Blake’s camera is his greatest friend, it may rapidly turn into his greatest nightmares as the first-person horrors reach a bit too close for safety in Outlast 2’s religious-themed plot.

You Can Run But You Can’t Hide There is a great deal of suspense and tension in Outlast 2 because of the player’s dread of the unexpected. It’s difficult to remain calm when you don’t know when the next fright may occur. When investigating Temple Gate, gamers are reminded that there is every time a danger lurking around the next curve or beyond the next door. To make matters worse, even people who seem apathetic and undecided about attacking might erupt into violence at the smallest action. The game takes place at night, therefore in order to use his camcorder’s night-vision capabilities, Blake must scour the area for more cells.

Have You Read: Gran Turismo 7 Review: One of Its Kind

Even more alarming is the occasional appearance of terrible visions based on Blake’s traumatizing Catholic school youth, where he is followed by a monstrous creature with a huge tongue. The delusions grow increasingly severe as the story advances, increasing the player’s degree of fear. In spite of Blake’s camcorder’s night vision, it was difficult to ever feel secure for such a long night; I was afraid that the light would never rise again. It’s safe to say that since Blake is a seasoned cinematographer, his equipment is superior to what Miles used in the first Outlast. A sensor that lets Blake hear beyond doors and find out who’s coming up behind him is among the new features that have replaced Outlast’s journal. Requiring the protagonist to stay motionless and watch until the recording was complete was a bit of a pain while recording situations. It was only after that that we were compelled to listen to Blake narrate his thoughts while we watched the video. Outlast’s journal, on the other hand, was a lot more efficient and time-saving than this method was.

I felt forced to embrace my dog whenever I bounced on my chair at the beginning of the gameplay, but this was short-lived; the shocks quickly grew and I had to hold Luffy whenever I jumped. I couldn’t even take two steps without becoming afraid. This is an extremely dangerous game, and trying to flee or hide in the darkness is almost impossible when you have to locate a location to shelter in a hurry as Blake does.

Unlike its forerunner, Outlast 2 has a greater number of adversaries and a more diverse selection of them. You’ll be hunted down by cultists who are on the lookout for you if you’re not careful enough. Marta, a crazed woman equipped with a pickaxe, is by far the most frightening enemy in the gameplay, and if players attempt to escape from her, she’ll certainly disembowel them. To make things worse, the infected individuals scattered around the Temple Gate area were a source of much anxiety; at first glance, they appear innocuous, however, the sly bastards would seize Blake just as you’re about to pick up some bandages or cells, forcing blake to flee in terror. “Creepy Crawly Mad Motherfuckers,” on the other hand, are those psychotic guys that slither on the ground and strike when players think they’re hiding well and safe. The player encounters monstrous monsters, like those shown in the 2005 horror picture The Descent, who begins to chase you with no warning like the Creepy Crawly Mad Motherfuckers. They’re also really fast. There were considerably more foes than I anticipated to encounter, and each one seemed eager to dish out a brutal death. Every encounter, although often ending in repetitive death, made me want to complete the game so that I could escape the nightmare I’d stepped into. 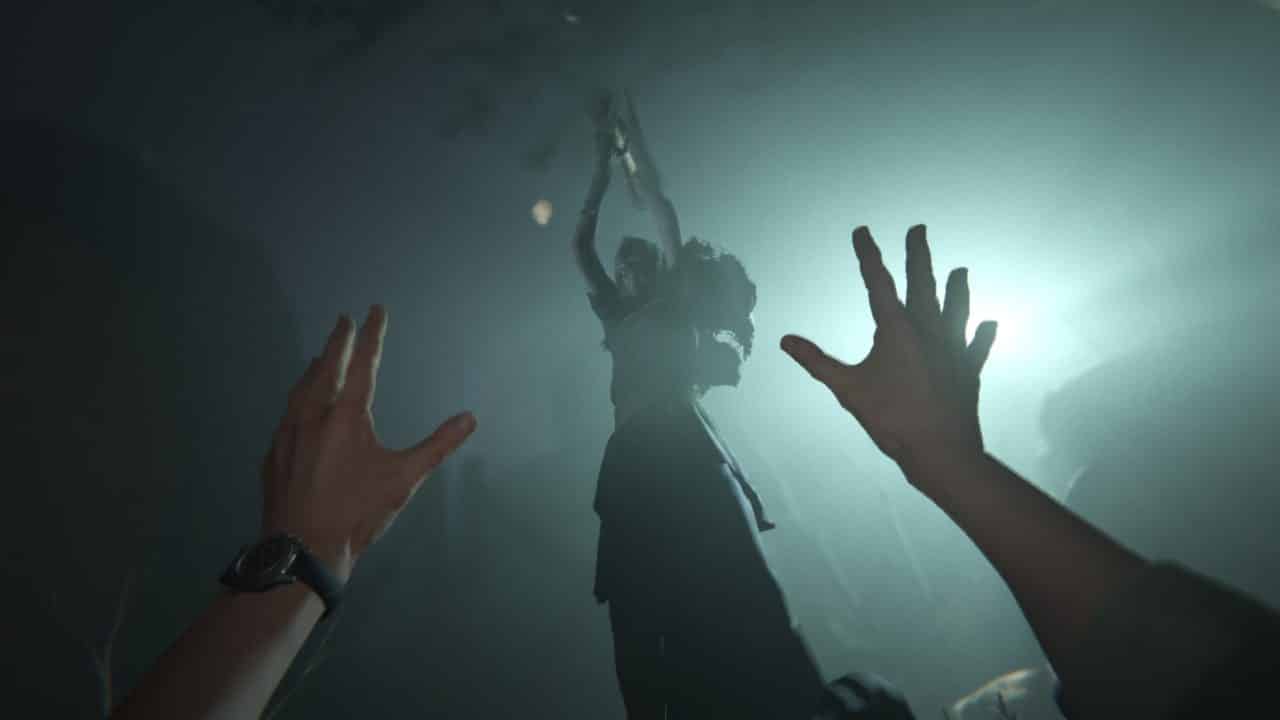 The music in a horror feature or game can frequently make or break the experience. The musicians did an incredible job with their soundtracks for the sequel; the melody and audio elements work synergistically to create a sense of suspense and intrigue even when the game isn’t being shown on the display.

With a soundtrack that alternates between calming ripples while you’re lazily roaming about and thumping noise that renders it disturbingly evident that Blake has been discovered, you’re in the right place to flee like the dickens for the rest of the game! In spite of the many hideaway places (in drums, cupboards, and even beneath beds), locating these in the darkness before being skewered from the back is a terrifying possibility without the startlingly loud, shrieking soundtrack to push you forward. As scary as Outlast 2 is, the game does not come without its problems, with the unclear backstory being the most noticeable. Even while Blake’s goal is to locate Lynn and escape the area unscathed, everything that follows — up to the game’s conclusion — is very perplexing and impossible to explain. For all the tale twists and turns in Outlast 2, the game’s key setting of Mount Massive Asylum remains a mystery, whereas the story of Outlast 2’s Temple Gate is less well-developed and leaves players wondering just what the heck is going on there. Papers found around the gameplay have little value other than to promote Temple Gate as a cultist hotbed. 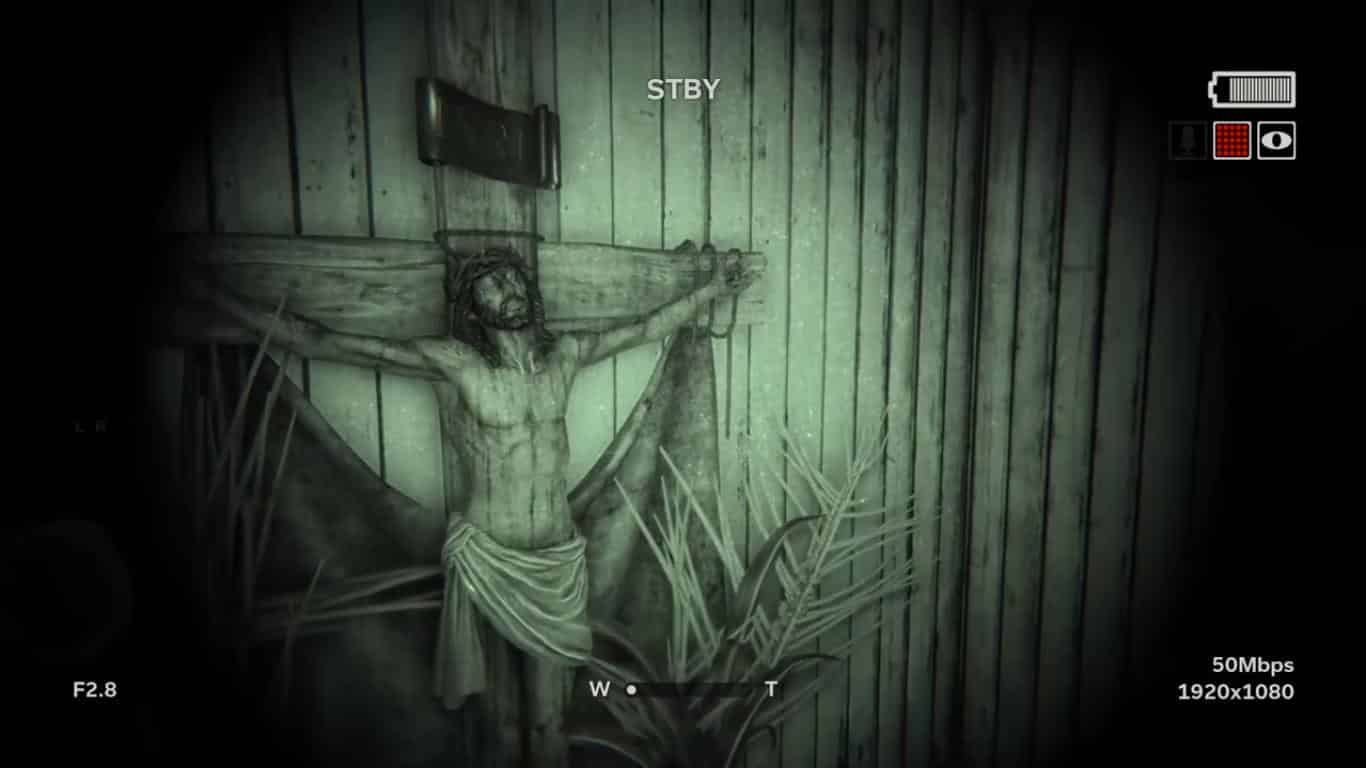 For lovers of the survival horror genre, Outlast 2 delivers a wonderful adventure that is guaranteed to delight. The shocks are undoubtedly there, despite the sluggish beginning and unclear premise, and they’ll freak anyone out. With Outlast 2, you can rationalize adopting a dog.

In any case, the plot of Outlast 2 is not one of the game’s strongest points. In order to figure out what’s going on and why, gamers will have to replay the game numerous times if they can stand it, and gather and study every tidbit of information they can uncover. While I enjoy the ambiguity of the plot, I’m still waiting for an expansion that will let me better understand and enjoy what I just went through.

To make matters worse, I had to run about randomly for a while, which resulted in me dying many times owing to the lack of direction. When the gloom becomes oppressive, it’s easy to get dizzy or sick from frantically searching for a way out or a hiding place. Taking pauses, particularly if they entail playing with a dog or anything equally charming, may help remind you that you’re not alone.

Children! I know you hear the glass breaking. You hear your neighbors' cries.