PGL announces the first CS:GO Major of 2022 in Antwerp 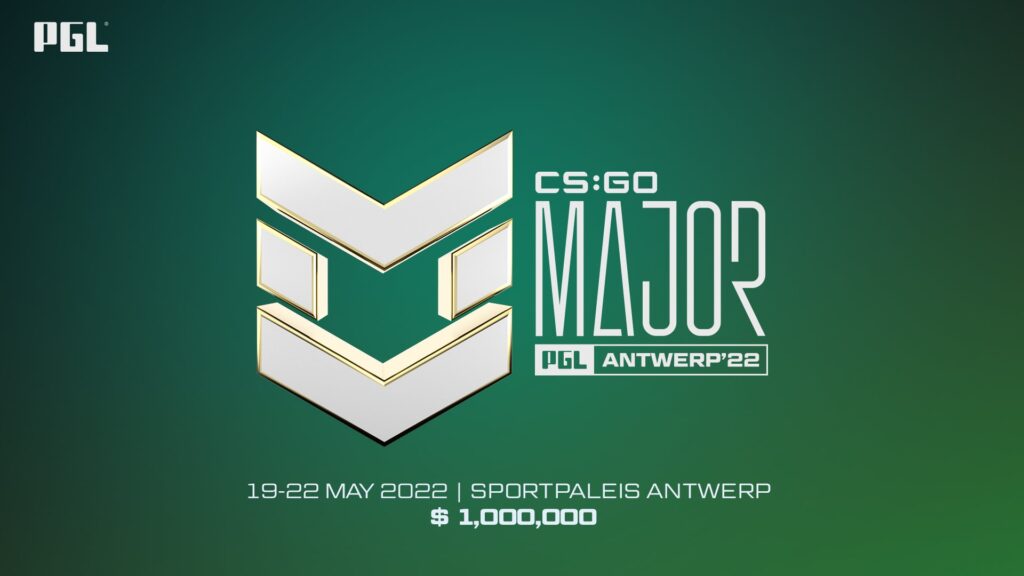 PGL has officially announced the first major of this year 2022 in Antwerp, Belgium. This is also PGL’s second consecutive major. The CSGO Major 2022 is going to start on May 19 and will end on 22nd May.

Previously PGL Stockholm Major 2021 was very successful and broke all records of viewership even in the COVID devasted circumstances. Apart from that, the Stockholm Major was the first major after the two-year-long pandemic situation. It was indeed a historic major for both the Natus Vincere team and S1mple as they won their first-ever CSGO Major in history.

We will see the amazing collaboration of Valve and PGL again in CSGO Major 2022. This Major is going to be hosted in the Antwerps Sportpaleis with a maximum of 23,000 capacity.

🏆 We are delighted to announce that PGL will host the first Major of the year, PGL CS:GO MAJOR ANTWERP 2022, in Belgium 🇧🇪

Silviu Stroie, CEO of PGL said in a press release,

“We are glad to have the opportunity to bring back the fans and players together for another CSGO Major. Belgium has an impressive Counter-Strike fanbase, and many legendary players were born in this country. We are ready to offer an incredible experience for the fans inside the arena and the passionate viewers at home.”

“Belgium was our first option for the Major because it is situated in the heart of Europe. The location is accessible for everyone, and Sportpaleis is only 30 minutes away from the Brussels airport.”

The RMR event of 2022 will also be hosted by PGL that will decide which teams will qualify for the Antwerp Major. According to a report, the RMR event will include the following regions:

PGL hasn’t released any information regarding the ticket sales. To know all the updates regarding the PGL Antwerp Major 2022, keep following GGTalks.

5 highest-Earning eSports Gamers On The Planet

Is CS:GO down? How to check server status?