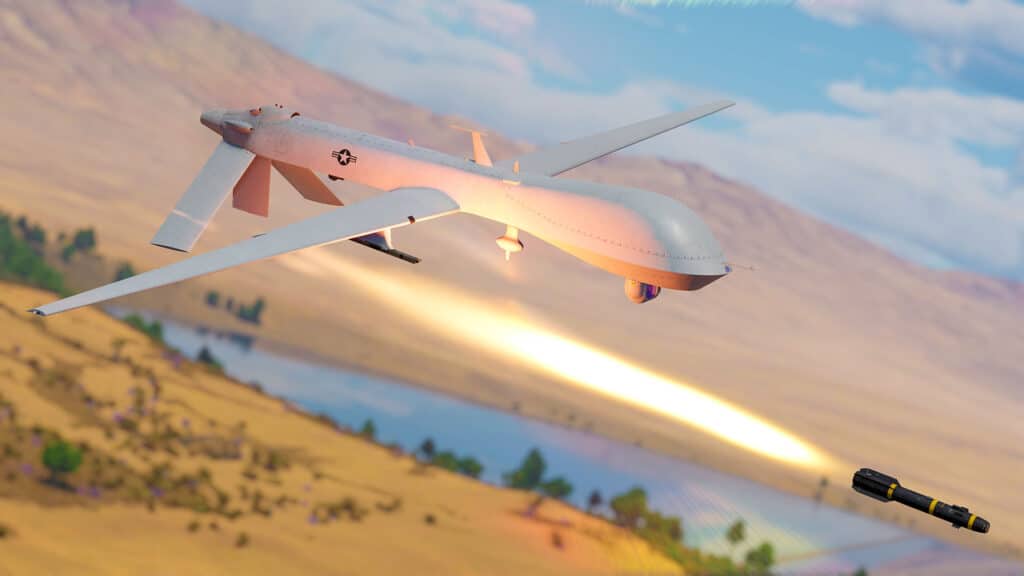 Gaijin Entertainment’s War Thunder will be going bigger in the upcoming months. Announced via a press release, the game will receive a major update in September. Called “Age of Drones”, the update adds reconnaissance and strike UAVs to the virtual battlefield. This new feature aims to expand tactical options for players that rely on modern armoured ground vehicles.

The update will allow modern light tanks to launch small reconnaissance drones in War Thunder. The commander will get to send the device into the sky during battle and switch to it using a special button. That will allow the user to recon the location to track enemy vehicles.

The only way to take the drone down is to either shoot it down or take out the drone’s original vehicle. All drones in the upcoming War Thunder update will come with a sighting camera. It will allow players to scout an area of interest from a great distance. Additionally, players can equip some of the models with thermal vision.

The War Thunder update will introduce three attack drones: the Russian Orion, the Chinese Wing Loong 1 and the American MQ-1. Each strike drone will house an anti-tank guided missile.

War Thunder developer will release more info in the upcoming days on the official website. The title is available to play for free on PC, PlayStation 4, PlayStation 5, Nintendo Switch, Xbox One, Xbox Series X|S, iOS and Android. Check out the trailer down below.