In From Software’s Lands Between, things aren’t quite what they look. It’s not uncommon to find a mystery lurking just in front of your eyes. A secret chest of unique objects, or a strange guy who suddenly transforms into a big grizzly, is just one example of what might happen.

If you don’t investigate, you won’t know what lies ahead and what you missed! The massive sandbox houses tonnes of mysterious puzzles and secrets for the Tarnished to explore.  In the woods, you may sometimes come across luminous footsteps as an illustration of such bizarre occurrences. If the luminous footsteps in Elden Ring aren’t human, then the question lies; who do they belong to?

It’s not uncommon to see luminous tracks in the Lands Between, traveling fast and frequently in concentric spheres. No, such tracks aren’t phantom toes or something similar, however, they’re in fact undetectable Teardrop Scarabs, as us Tarnished may have suspected.

The enormous insects that scurry around bright spheres are common throughout the massive map of Elden Ring, and killing them rewards you with either extra cures or a unique treasure. While many of such Scarabs seem to be completely obliterated, they’re however still capable of delivering interesting drops. 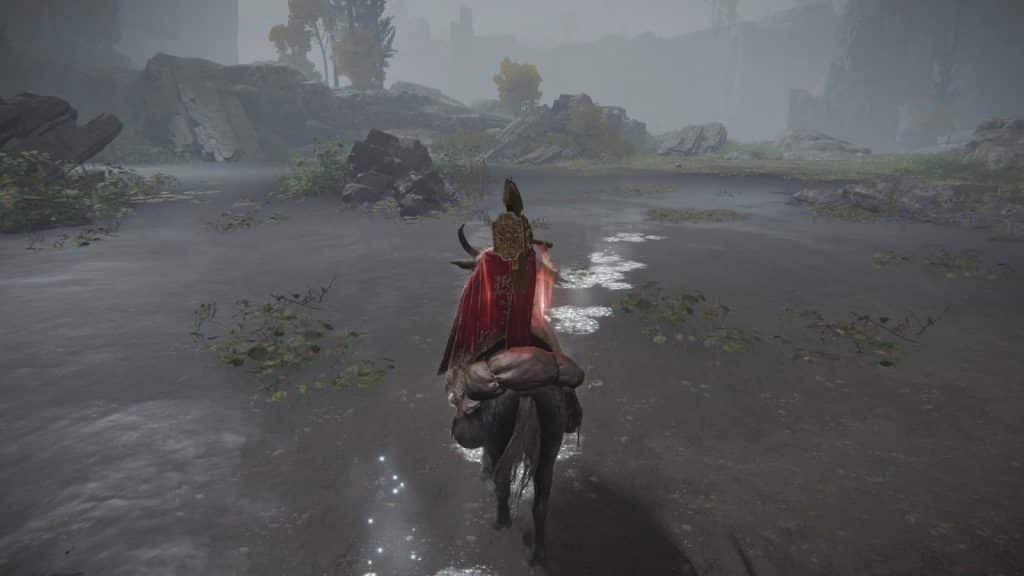 How Do I Kill and How Do I Earn the Reward

Traces that illuminate indicate that an Unseen Teardrop Scarab has made its presence known in the area. It’s not uncommon for them to go in loops, however, they maneuver so quickly that not even your loyal spritted steed is able to close the gap. As a result, the easiest method to catch them, destroy them, and get their uncommon riches is to observe their behavior for a time and hunt for places you may catch them off guard.

Have You Read: Everything We Know About Elden Ring 1.03 Patch

Despite the fact that they can’t be seen, if players aim their blade in their approximate position, whilst walking or on the horseback of their loyal friend, players would be able to knock them out of their rut. They’ll give up their treasure with a single well-placed strike. What are Teardrop Scarab’s stowaways carrying? Who knows, it could be anything! It’s possible for them to dump Ashes of War in addition to armor kits. An unseen Teardrop Scarab lurks outside Caria Castle in Liurnia of the Lakes, carrying one of the most sought-after Ashes of War, dubbed the Hoarfrost Stomp. So every time you notice the tiny chiming note, ensure you hunt down the Scarab and collect what you’ve earned!