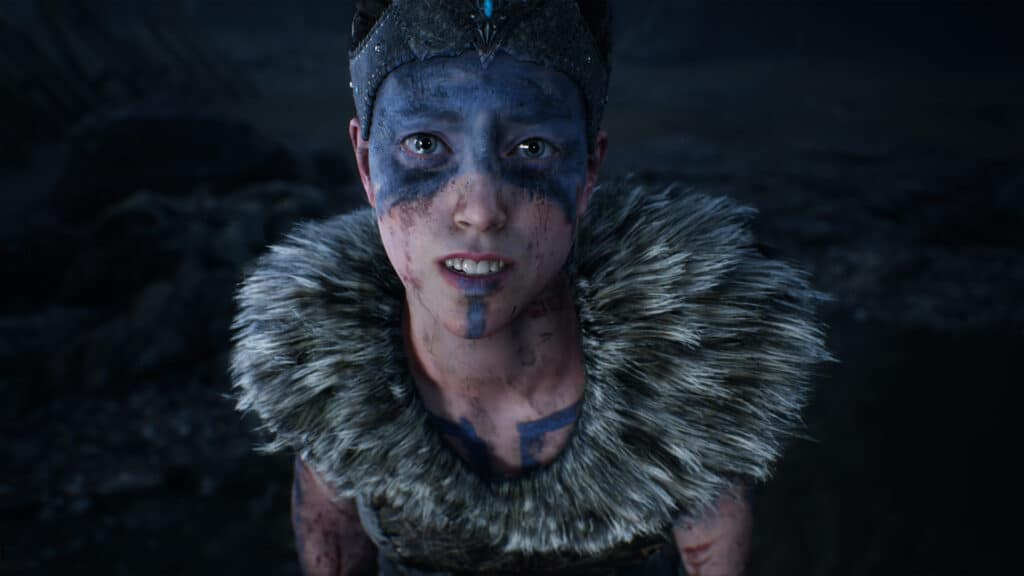 I learnt the hard way to not be afraid of death, Senua. Because a life without loss is one without love. Turn your back on death and you only see the shadow that it casts. The longer you hide from it, the longer the shadow grows, until all you can see is darkness.

Following the defeat of our initial adversaries, we entered the realm of Valravyn, the Deity of Deception and one of the gatekeepers of Helheim. In light of the accomplishments others have achieved with Surtr, I’m eager to take on the challenge of exploring the uncharted. The detailing in this video game never ceases to delight me, drawing me more and deeper into Senua’s universe and her emotions, her quest. This is where we are going. The usage of ‘gateways,’ which allow you to peek into other worlds and move between them as required, is a particularly interesting feature. A novel approach to influencing the world and a departure from the typical “fix that, go here, grab this item” objective. Additional lore pavers are scattered around this round, which if you’re foreign to the background of Norse mythology, I strongly suggest attending to. For me, it’s fun to observe whether Senua has any emotions and to simply listen to the story. A lot of fun is had with the voice acting. Even though I usually avoid side quests like this one, I’ve found that they are well-spaced among the sceneries, and I’ve found them by just exploring. Even though I’m quite familiar with Norse mythology, it’s still fascinating to see how they’ve interpreted it and what they’ve chosen to add. I’m curious to see whether they’ll be able to connect to our experience in any way. There are also some wonderful visuals, such as haziness as the Sounds become closer as well as the sedating of wavering candles.. The first few sections of this chapter are rather upbeat, but they rapidly escalate on me. It starts to drizzle, and the environment becomes darker and quieter. My gaming senses are on high alert, spotting moving silhouettes and open spots that may be used for an onslaught.

In spite of the fact that I’m permitted to carry on unimpeded, my nervous system is nonetheless on high alert. The wailing of Valravyn has now been included in the battle. The wailing irritates and frightens me. The narrator’s phrases of dread reverberate in my head, and they don’t help. When you stare into the abyss, everything that dwells there may see you as well…

Through this whole section, we discover further about Senua’s background and how she arrived at this place along with the inception of her mental voices. To no avail, I attempt to unlock a massive metal door with my bare hands. There is one voice that sighs, “She can’t do it,” while another cackled and said the same. Just as Senua feels that nothing she accomplishes would ever get her closer to reaching her objective.

Things change dramatically when the shadow talks; familiar places become alien and people you care about become outsiders. In the end, exile makes perfect logic when you realize that you’re venturing into an unknown and unfamiliar universe. 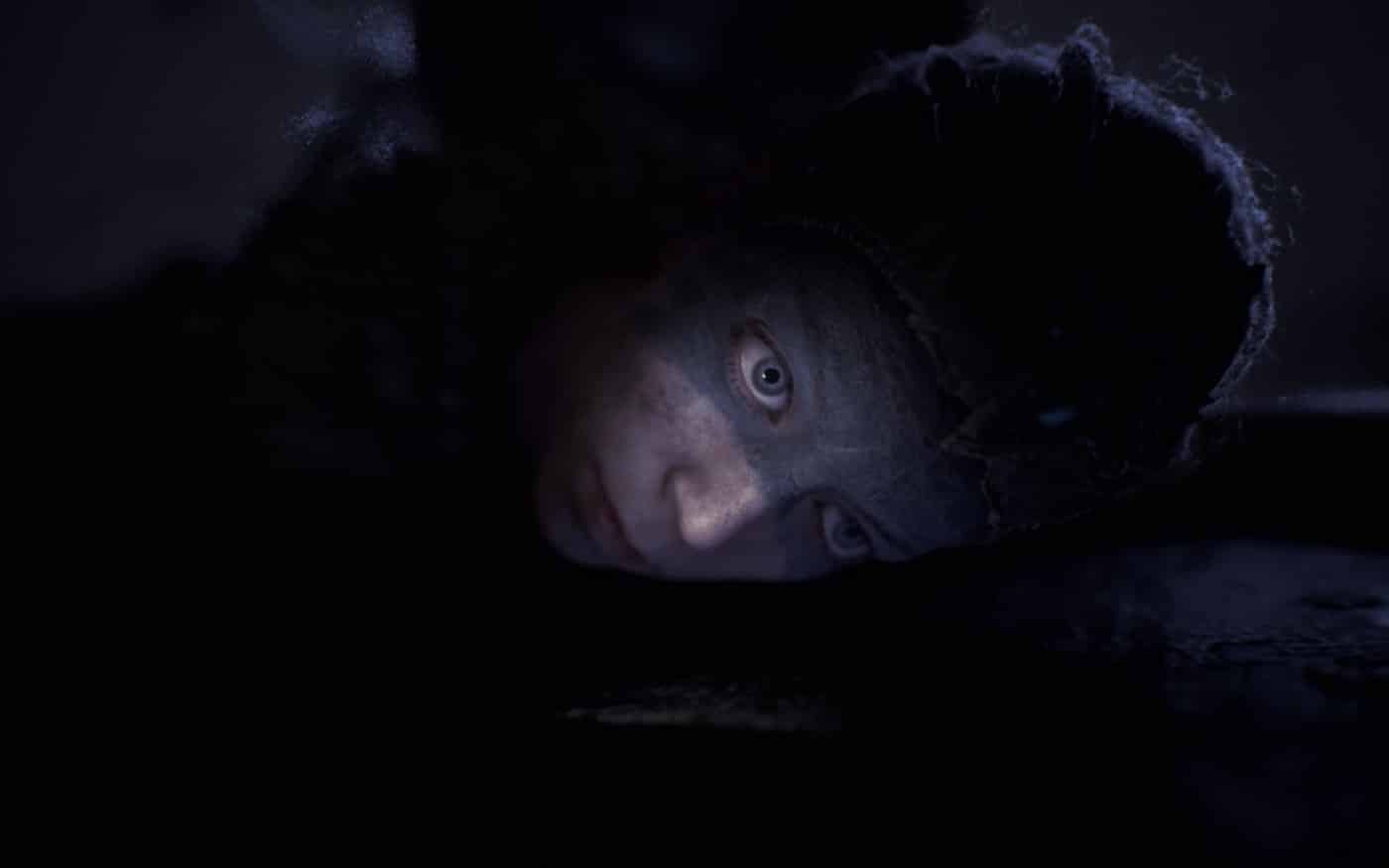 For some reason, this specific statement resonated with me on a deep level. As a person who has struggled with psychological distress, I can completely relate to this situation. It surprises me and forces me to halt my gaming. It is a stunning phrase, one that I believe provides the finest understanding into these areas of psychological wellness that I believe will expand the globe to folks who have not maybe struggled that much compared to others.

Symptoms include weariness, a loss of enthusiasm, and a change in the things you used to like doing. As a result of exhaustion and a desire to protect your loved ones from your attitude, you remove yourself from individuals you care about. Your life begins to feel out of control. This is where we find Senua, fighting a never-ending internal conflict. The entrance with reflections flickering on it greets us. Suddenly, her head jerks to the left and right, focusing on noises that only she hears. She flinches and screams when she sees a glimpse of motion at the border of her sight. What is genuine and what is merely in Senua’s imagination is being questioned brilliantly in this adventure. It also brings up the issue of whether or not this counts.

A wilderness awaits ahead, where the plants and cliffs themselves keep watch over you. It feeds into Senua’s paranoid and distrustful attitude now, which laid the basis for the gradually deteriorating situation. You’re not welcome here.

Please don’t go on, The Voices beg of me.
He sees us. She did it!
She did it herself, she’s stronger.
She’ll win.

The Others are now complimenting Senua as she answers tasks as you go through the stage. The ones stating that she couldn’t have accomplished it, that it’s too easy, and that it must be a trick are in complete sync. This relentless pursuit of Valravyn is hastening the day of reckoning for each and every one of us.

However, it is here in this woodland that my first irritation surfaces. It’s a lot of fun to go sightseeing and much more fun to solve riddles. The problem is that it is incredibly straightforward, with just one method of solving the problem whether it costs you 30 seconds or mins. Even once you’ve figured out the puzzle, the sign hit boxing is really sticky. As a result, I find it odd that the problems up to this point have only been somewhat demanding (enough to start me thinking, but not so difficult that I stay stranded for too long). Regardless of how I do it, I’m able to go on to the last section. The eerie silence is the most noticeable change in this place. But even my longtime friends, my Thoughts, have deserted me in this deserted place. In the absence of signals, there are no urgings to go ahead or back. I’m the only one there. Finally, I’m able to complete the problem before the blackness engulfs me. After realizing she couldn’t beat the God, Valravyn, she is prepared to confront him and free herself of his power. She’s trying to wrest Senua away from Valravyn.

Having no prior knowledge of the battle mechanics or how the timelines interact, I found Valravyn’s battle to be a bit clunky. Blocks that incorporate the Focus mechanism without my knowledge are excessively sluggish and difficult to use. I’m sure I was killed a few times in this battle before I understand what was going on. To be frank, it’s quite aggravating, but I keep going because I don’t want this to discourage me. It’s well worth the effort. It’s a terrific feeling when you get the timing just right and the comeback goes off perfectly. There are still too many times when I’m being struck, and the evasive lag is something I’m not used to. The Voices become more important to me as I listen to them more often. As a result, they enable me to raise my defenses in the event of an assault I can’t detect.

They let me know when to avoid, which helps with my rhythm. Now that I’m paying attention to the expression “Just FOCUS!” when others say it, I realize exactly what they’re trying. While I’m screaming at Valravyn, I slow down the flow of time. His entire body will be pierced by my sword, and his demise would follow rapidly in a fog that he has helped to create.