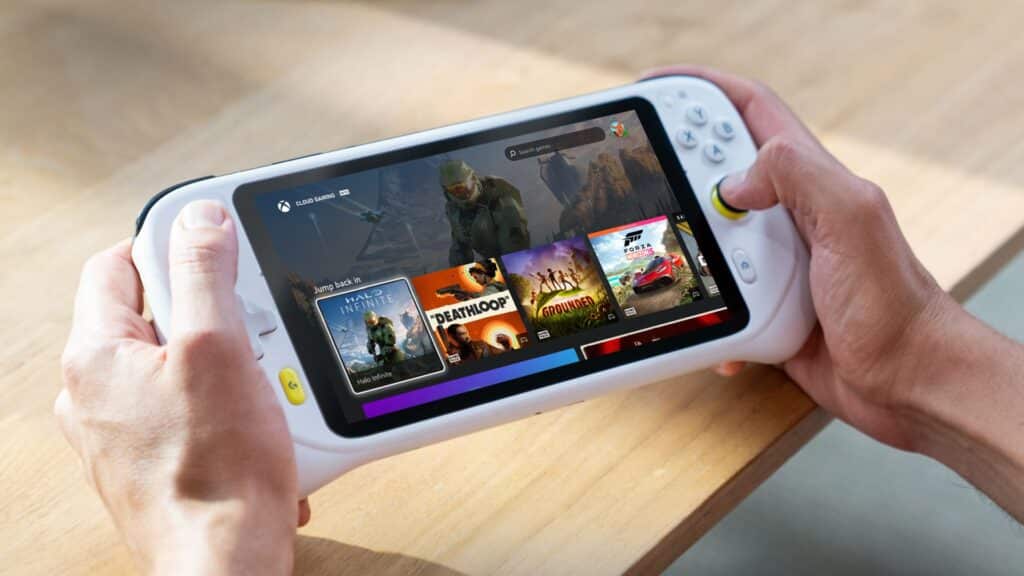 Logitech has announced the launch of the G Cloud Gaming Handheld, a gaming device for cloud gaming. According to Logitech, it was developed in partnership with Tencent Games and supports cloud streaming from Xbox Game Pass Ultimate and Nvidia GeForce Now.

In a blog post, Ujesh Desai, Vice President and General Manager, Logitech Gaming said, “Cloud gaming is a super-exciting new way to play games. I love that you can access game libraries from anywhere,”

Furthermore, he also said, “What we wanted to do was challenge ourselves to build a device that was perfectly optimized for cloud gaming. This meant precision controls – similar to a high-end Xbox controller – a large HD screen, amazing battery life and lightweight design so players can enjoy long gaming sessions, without any compromises.”

The device runs on Android, and Cloud services like Xbox Cloud Gaming and Geforce Now are pinned right to the home screen. Logitech has also confirmed that users would be able to stream local games from an Xbox console with the Xbox app, or their Steam games via SteamLink.

As for the pricing and availability, the Logitech G Cloud Handheld will be available starting 17th October. The device is priced at $349.99 but would be available at $299.99 for anyone who pre-orders it.

Cloud Gaming: The Future of Affordable Gaming in India