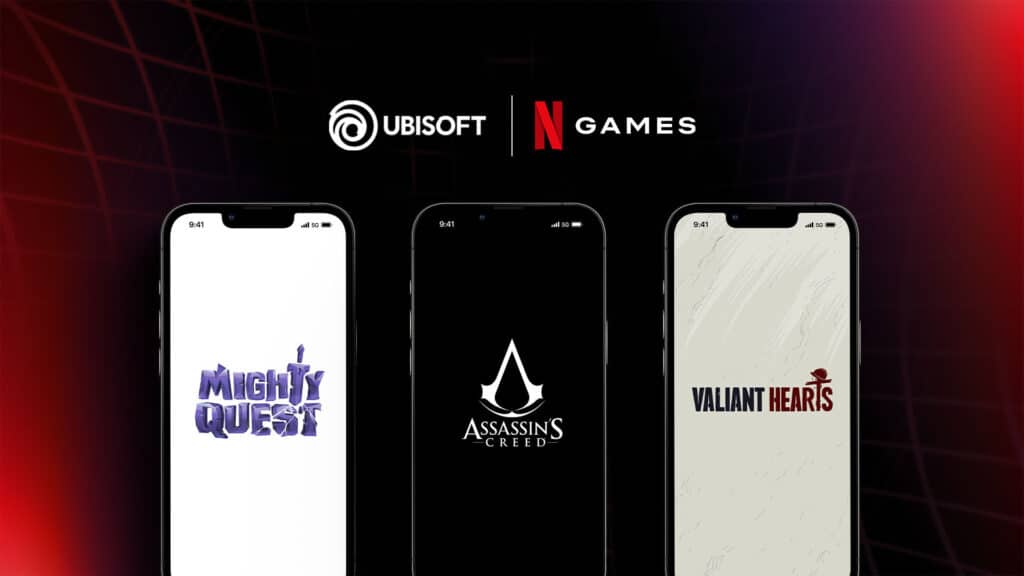 Ubisoft officially wrapped up their Ubisoft Forward showcase earlier today. While the reveals might’ve invoked mixed reactions from the fanbase, one of the surprising reveals was the Netflix partnership announcement.

Ubisoft and the streaming giant announced plans to create three mobile games from beloved Ubisoft game franchises. The three titles will be:

Mike Verdu, VP of Games, Netflix, talked a bit about this partnership. He said:

“We’re thrilled to work with Ubisoft, whose track record creating memorable worlds for fans is unmatched. This partnership will provide our members with exclusive access to some of the most exciting game franchises as we continue to build a catalogue of great mobile games for our members around the world.”

Jean-Michel Detoc, Chief Mobile Officer of Ubisoft also spoke a bit about this partnership. He said:

“As we continue to create great experiences on all platforms, we’re glad to be partnering with such an innovative and creative partner as Netflix. I believe that this partnership will be a great opportunity for Netflix members to further explore our worlds and universes on mobile.”

Ubisoft plans on sharing more info regarding each game at a later date. Keep an eye on this space.