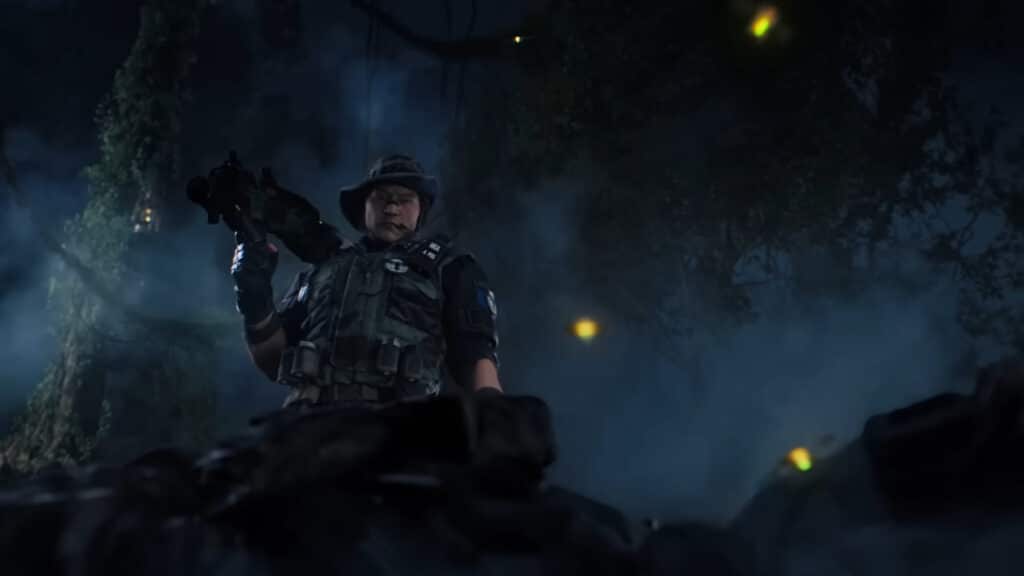 Ubisoft’s 5v5 hero shooter, Tom Clancy’s Rainbow Six Siege has been a surprise hit for Ubisoft over the years. After the initial first year of the game, the developers salvaged the title and kept supporting it.

Seven years later, the game is in its seventh season and has its yearly competitive tournament. Seeing that the game isn’t showing any signs of slowing down, the developers revealed the next operator.

Ubisoft revealed the new operator through a new CGI trailer for Operation Brutal Swarm. Called Grim, he is an Attacker who will join Kali’s Nighthaven squad. Raised in a survivalist household in Jurong, Grim hails from Singapore, and judging by the CGI trailer, his gadget will focus on defender tracking through nanobots.

The full reveal will happen on Sunday, August 21, 2022. It coincides with the finals for the Six Berlin Major, so maybe during the event.

Tom Clancy’s Rainbow Six: Siege is available for PC via Ubisoft Connect, Steam, PS4, PS5, Xbox One and Xbox Series X/S. Check out the new CGI trailer for Operation Brutal Swarm down below.