I Revisited Returnal for Ascension Expansion and I Loved It Having spent so much time in the palm-clenching gunshot purgatory of Returnal, I never expected to find myself back in the eerie realm of Atropos. I had finished the adventure, found every wreck, experienced Selene’s memories, attended to every journal, and defeated Nemesis, Ophion, Phrike, Ixion, Hyperion, and Nemesis… on several occasions.

As a result, I couldn’t resist trying out the fresh elements and storyline of Ascension. With Housemarque’s Ascension Expansion, players may now take pictures, play co-op missions, and attempt The Tower of Sisyphus, a never-ending ascent that is certain to collapse.

While the action is fast-paced, the developer has also contributed to the backstory of Selene’s narrative by allowing her to investigate fragments of her shattered recollections in a dream-like scenario.

The Splintered Wastes, or the Abyssal Scar, or both, maybe quite solitary and harsh, but a co-op is an option worth considering. Chronosis, a bright sphere at the start of each sub-area, awaiting contact, replicating more Selene.

We have private and public cycling co-ops for you to choose from. Interaction is essential in Returnal’s co-op since supplies, guns, and abilities are not distributed, apart from gun calibrators at the start of a fresh sub-area. You may find it difficult to divide treasure when you’re in danger of losing strength and the other gamer takes up a weapon you’d want to use.

Have You Read: Elden Ring Review: A Timeless Masterpiece

A problem prompted me to activate my microphone as I dropped through the ground during Nemesis’ stage climactic battle, something I normally loathe. The Returnal fandom has shown to be really friendly, honest, and open to newcomers like me. It’s important to remember that tethering is also important. As a co-operative game, it confines participants in a single room.

The gamers would be ‘tethered’ or ‘warped’ back together if they venture too far. Whenever a surprise chamber appears, bear this in mind. Even with co-op, this third-person alien shooter isn’t going to be a breeze to play. Resurrecting a player who has been knocked unconscious takes a long time, rendering it impossible to do so in the middle of a boss battle. Your co-op might collapse if you don’t make use of the numerous chambers to improve appropriately in order to face the monsters. Similar to the myth of Sisyphus, Selene would slave away and fight her way to the top of a mountain she will never reach, just to meet her doom. The structure will be built in stages, with each stage having 20 stories. Algos, the monster on level 20 of every stage, is a strong adversary for Selene. This enormous worm-like monstrosity, ruled by an all-seeing gaze, punishes Selene over and over again.

Observing and eating without stopping, never compromising or forgiving. In my opinion, The Tower of Sisyphus is one of the best things I’ve ever come across in the game. As Selene ascends, the adrenaline rush increases, and my hands sweat, and my pulse races as I scan the mini-map for clues as to where I am on the level. In spite of their disheartening cry for Selene when the alien beings eventually cut her down, I will continue to attempt. Slightly earlier on in the ascent, the Tower of Sisyphus relies primarily on incentives. No antiques or weapons, just new resin, will be found on Selene’s reward levels. Anticipate your life meter to nearly quadruple by the second stage, as well as your weapon calibrator to be maxed out by stage three.

Many of the supplies she discovers may be better saved till the end of phases 2 or 3. In addition, players might come across new and deadly weaponry. As the difficulty increases, you’ll face more difficult opponents, including some well-known fearsome adversaries like Severed and surges of violet light that are challenging to rush through. 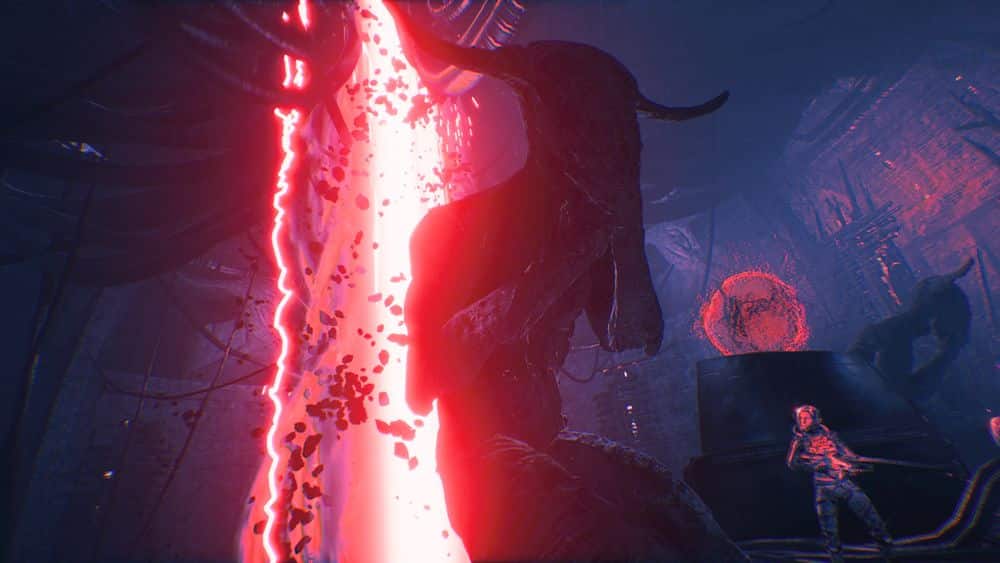 Then there’s this: Don’t be struck. Keep pushing forward, please. Returnal, like the primary tale, punishes you if you spend too much to shooting or remain stationary. Adrenalin increases Selene’s strength and obolites the more foes, she defeats sans being wounded. It’s not simple, however, you can keep out of risky situations path with continual mobility, grapple lines, and altitude adjustments. Put your thumb on the trigger until you discover a pistol that works for you. In my eyes, the Ascension Expansion is a wonderful fit. In the main room, you may verify your rating, read tale remnants, and access a region with Selene’s terrifying nightmarish recollections after an exhausting climb up the structure.

A place that may be explored, similar to the farmstead in the actual campaign, provides further context for the narrative of the character’s fractured history. I began to question whether or not I was seeing things as they really were. It’s impossible to tell whether Selene is trapped in some kind of torment or limbo, or even if she actually thinks she would be freed by her trials.

Inter-generational trauma permeates each record and artifact, and the atmosphere’s minor nuances change with each trip. Every time she visits, she discovers a new metaphor or foreboding, and she’ll eventually find her way inside The Tower of Sisyphus. For the tale to unfold, the gameplay rewards both success and failure. In order to return to her illusion, Selene must perish again and over again. To complete the plot, I had to do at least 15–20 separate trips through it. In many ways, the storyline of the Tower of Sisyphus helped to clarify plot points from the actual campaign, however, it also left a lot of things unclear. We piece up tidbits of Selene’s history on an incredibly huge palette to get a sense of her emotional pain.

Her own pain is apparent, and she lashes out at the deity who gave birth to her, suffocating and stifling her. This may be the reason why the Theia of the blue sky, Helios, bursts into life at dawn and dissolves into quiet, terror, and obscurity at dusk. To understand Returnal, I had to sharpen up my Geeky Greek knowledge. If you want to understand the plot, I recommend trying the same. Somebody who seldom returns to a title for Expansion, I’d heartily suggest Ascension because of its gameplay, story richness, and superb co-op.

The antagonistic powers of Atropos might make us feel overwhelmed, and although Returnal was intended to be a concentrated solo experience, we frequently find ourselves longing for company. Two players may now team up in our unique multiplayer co-op mode to take on Atropos together.