It’s been a long time since we’ve seen each other. It has taken me some time to rekindle my interest in gaming, and they no longer enthrall me in the way they used to. In the past, I’d get home after classes and quickly lose myself in a dream or illusionary world, but those days are long gone.

For some reason, I haven’t been using my computer for anything more than a brief Dota 2 session or compiling articles for GGTalks in a long time. The plan is more important to me than my mood today, therefore I’m booting the game again to experience the adventure and write the final part of my Senua adventure. As soon as I press play, the soundtrack engulfs me in an embrace of sound. I’ve been gaming sans headphones up until this point since I couldn’t find a pair that I could endure for long periods of time without experiencing discomfort. Because of this, though, I’ve lately purchased the nicest headphones I’ve ever fitted: noise-canceling ones. I think it’s a wonderful idea to play with one today.

The game changes again at this point. I press the continue button, anxious to watch Senua complete her objective. I’m back in Surtr’s ash-strewn realm, surrounded by nostalgic voices that welcome me back. I’ve rejected the game’s suggestion to use headphones since I thought it wouldn’t make much of a change. My experience so far has not been decreased in any way—indeed, in some ways, it has been quite the opposite. Nevertheless, it has been upgraded to a whole new level.

As the lightning rumbles all around me, I do a U-turn and continue my return trip.

This offers an intriguing viewpoint. The speaker doesn’t seem to be inquiring about what happens to our corpses after our hearts cease beating. I think this is reflecting on the minor metaphysical tragedies our brains and spirits might suffer while we are dealing with our own devils. Are we really traveling into Senua’s head, battling her fears, or is this the true point of the voyage?

And although if they pertain to her, maybe we could seek some consolation in assisting her battle them and in the process, conquer some of ourselves along the road.. Help is something that we all require from time to time. We are always engaged in a conflict with ourselves, and I’ve had to enlist the help of others. My history has taught me that even in the face of a never-ending conflict like ours, there will always be new fights. And some I shall lose. But others, I shall prevail. And I may enable myself to remain grateful for those fights.

That’s one for me in the win column! A lot of losses but still, at least I’m in the game.

They might begin modest, like “I walked outdoors even though I didn’t want to,” but they would eventually grow into more significant triumphs. As I neared Helheim’s entrance, I’m enveloped in shadow. My mind is filled by a powerful, booming voice. That which she observed and experienced would have driven Senua to utter lunacy, and I can understand why she would have done so.

Sadness may have broken her, but she seems to be motivated by it. But then I come to the realization that this may not be the case. There is a sense that she has always harbored this gloom. She has battled inner darkness her whole life. One that wreaked havoc on people she chose to adore, and she must now do all in her power to atone for her mistakes. If I don’t uncover the rest of the narrative here, I’ll try my best to honor a commitment. 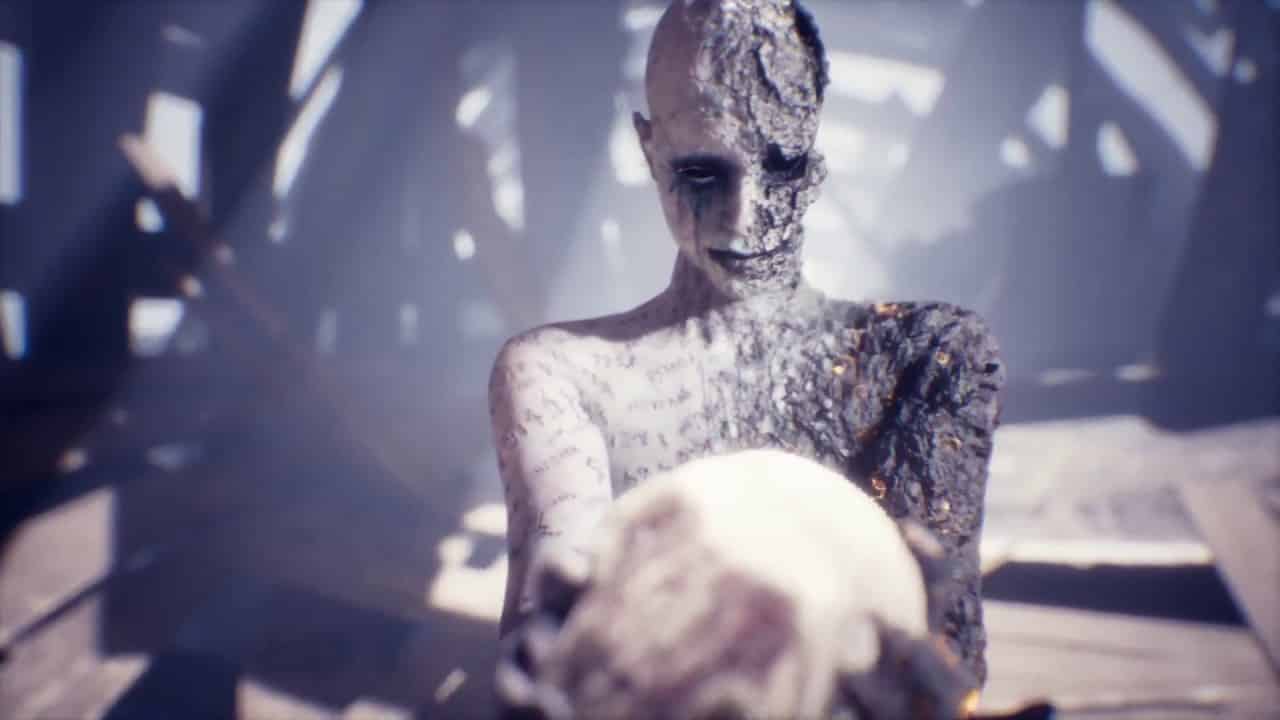 Hel’s Queen looms large as I make my way further into the dungeon.

In the face of this fresh terror, Senua’s fortitude flounders, and The Voices clamor to be noticed, highlighting the already evident fact that she is too afraid to proceed. I can’t say that I feel sorry for her. Even the narration forsakes me now, which is unexpected. She doesn’t have any trust in herself. Despite her sorrow, I am able to sit back and let my mind drift off to the eventual demise. Just a minute while I get my breath. This is the return of the deep voice. He accuses me of being a coward and a slut. It’s not like I’m going to take up my blade and slay him to teach him wrong, but 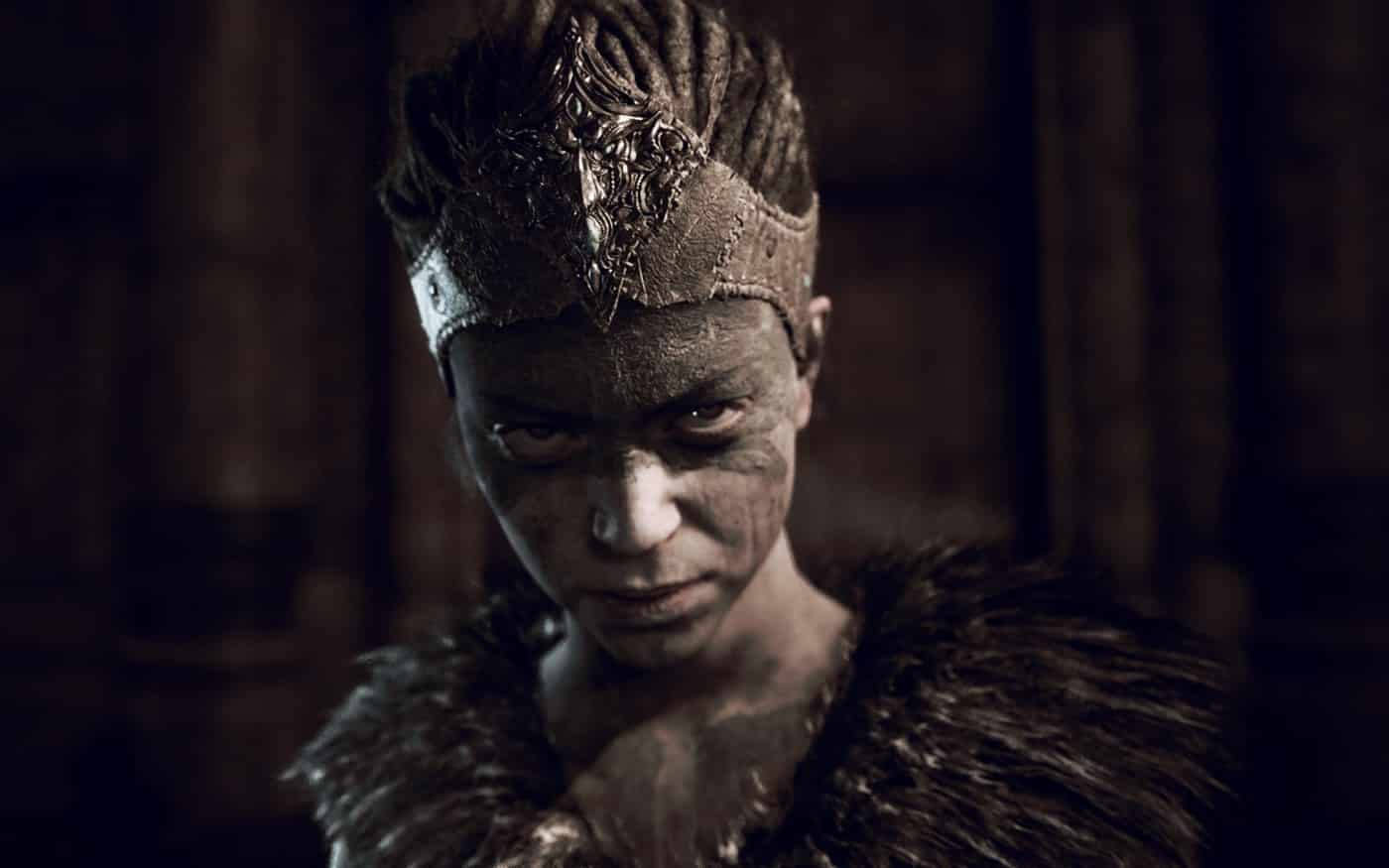 Senua rises to her feet, her blade striking at the rising monstrosity above. This is the first time she’s encountered an adversary like this. This is when the game’s more sinister undertones begin to emerge. If you’re worried about being exposed to material that might make you vulnerable to melancholy or psychosis, or even just negative thoughts, I strongly advise you to stop reading now. The game does an amazing job of dealing with the overpowering feelings of failure and unrelenting suffering that may often make it seem as if there is only one way out.

Worthless. Weak. Pathetic. Go on, feel sorry for yourself, because there is no one left to do that for you.

The dread that what we believe we know is a falsehood, a lovely little fabrication our brains have concocted to assist us through. Or horrors conjured up by the night’s slumbers. What is the truth? Is it possible to ever fully know? My tormentor’s deep voice has returned to haunt me. The Voices chuckle, ready to join in on the sarcasm. I’m suddenly haunted by a recognized, though distant, presence in my memory. She has a remarkable ability to express emotions via her expression. I can see my own grief mirrored in hers. 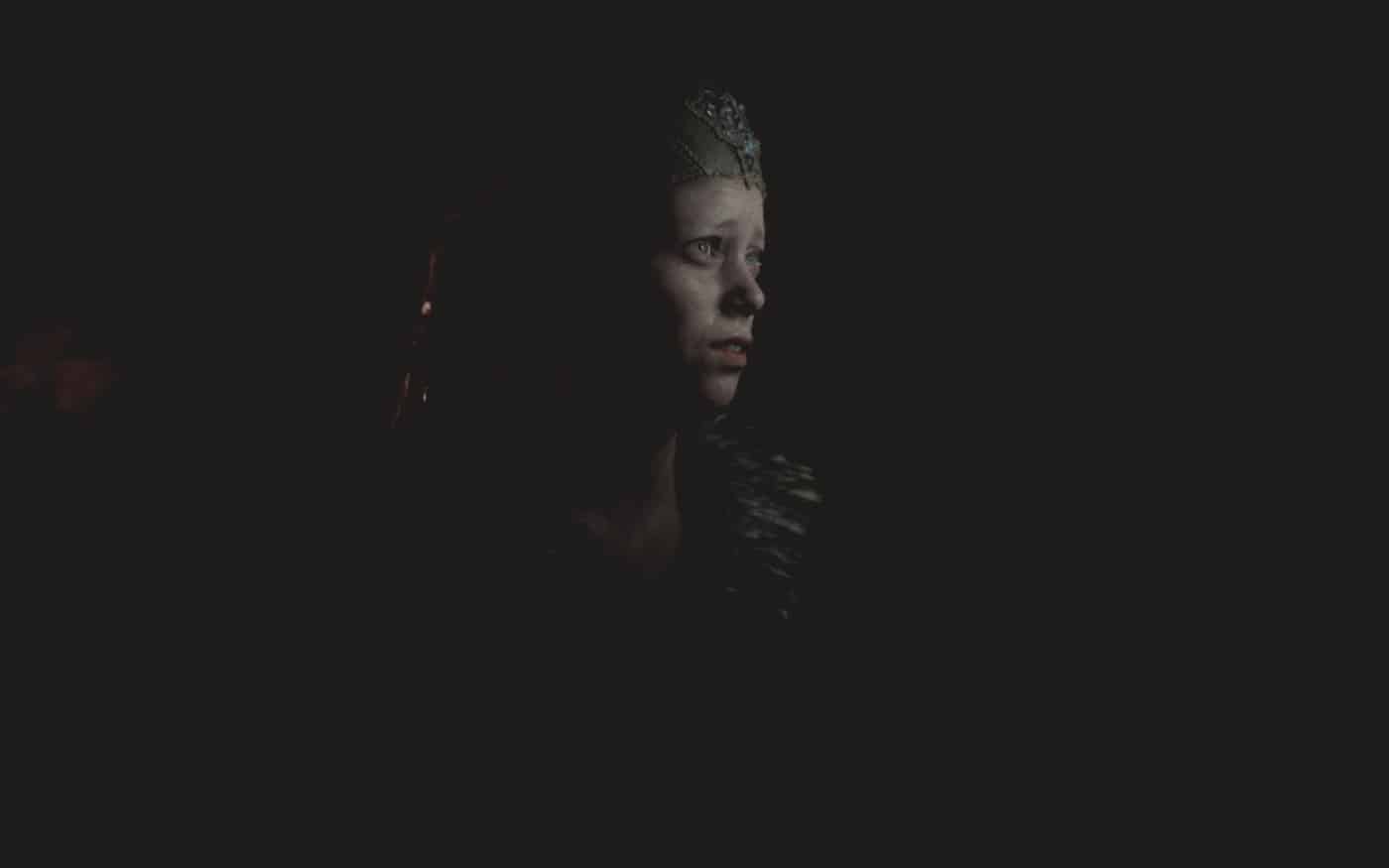 Here, Dillion is there to help you. Even Hela herself might be playing tricks on us. Alternatively, it might all be an elaborate hoax. Does it really make a difference, though? Maybe you need something that isn’t you to hold on to. To lift you out of the gloom and offer you a sense of purpose. Something which allows you to take your leisure and rediscover who you are.

Have You Read: Hellblade: Senua’s Sacrifice: A Firsthand Account of Psychosis (Part 4)

Senua’s bicep has been infected with a black infection as a result of her severe injuries. However, the power she gains from hearing his words is sufficient for her to recover. Throughout her voyage, she has been haunted by uncertainty and fear. Even today, she still has trouble believing what she sees. However, she has no option except to lie down, endure the anguish, and softly fade away into the void. She’s become more sluggish as a result. And I’m certain she only walks when I command her to do so with a keystroke. However, I think this is an appropriate analogy. Since this could be the conclusion of her narrative, she persists only because I want her to. I don’t think this is the conclusion of her story, and I want to keep digging to discover her real path. I’m just another one of the many voices in her thoughts, but one that is steadfast in its faith in her. As I encourage her, I let the lamp lead the way and keep going forward.

She’s become more sluggish as a result. And I’m certain she only walks when I command her to do so with a keystroke. However, I think this is an appropriate analogy. Since this could be the conclusion of her narrative, she persists only because I want her to. I don’t think this is the conclusion of her story, and I want to keep digging to discover her real path. I’m just another one of the many voices in her thoughts, but one that is steadfast in its faith in her. As I encourage her, I let the lamp lead the way and keep going forward. My mom tells me not to be the little fish swept away by the sea’s surges, but rather to realize that the entire water is my domain and to rest, letting the tide carry me where I am supposed to be. Noises that have been accompanying me for so long are supplanted with gentle melodies and the chirp of songbirds. Her face is wide with awe. So, she may rest easy now.