World of Warcraft Give Fan Glimpse of a Fresh Armor There are several updates to World of Warcraft that Blizzard is implementing in preparation for the impending Dragonflight patch. Since the introduction of allied species in World of Warcraft, every race’s legacy armor has been gradually released to the players, and the most recent one is devoted to the Blood Knight. Blood Elves first gained access to the Paladin profession in World of Warcraft’s The Burning Crusade expansion, which had previously been available only to Alliance players. Blood Elf Paladins may now get the Blood Knight’s armor set thanks to the latest release, which has converted numerous World of Warcraft players to Alliance. Dwarves, Goblins, Gnomes, Tauren, and Worgen are among the other major World of Warcraft species having comparable legacy armor sets, all of which are good Transmogrification alternatives.

Earlier this month, World of Warcraft’s social media handle posted a clip of a Blood Elf Paladin progressively climbing the ranks of armor levels to obtain the prized Blood Knight’s Dedication outfit. The colors of this armor are predominantly scarlet and purple, plus hints of emerald, and it is very detailed, from the helm to the feet, with the camera zoomed in to display the finer details. 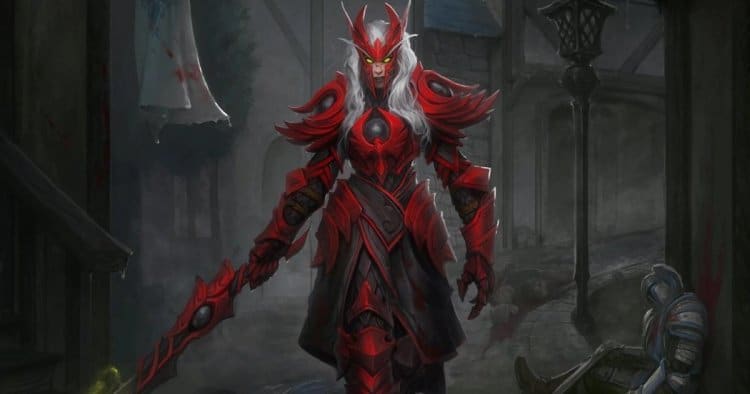